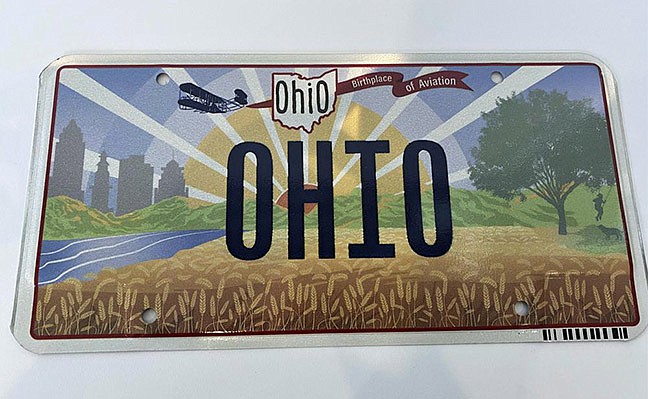 Ohio Gov. Mike DeWine on Thursday, Oct. 21, 2021, unveiled the new "Sunrise in Ohio" license plate in Columbus, Ohio. A backwards image of the Wright Flyer that appeared on the initial version of Ohio’s new license plate was added to the design early and never changed or questioned throughout the approval process, according to public records obtained by The Associated Press. The error was fixed only after the public unveiling in October drew attention to it. (Jessie Balmert/The Cincinnati Enquirer via AP, File)