Western Europe Cleans Up After Storm Leaves At Least 12 Dead 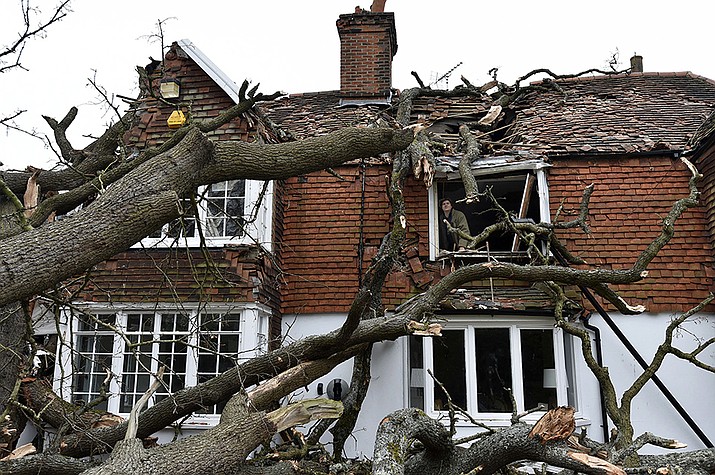 Sven Good, 23, looks out from his bedroom window at the damage caused to the family home a day after a 400-year-old oak tree in the garden was uprooted by Storm Eunice, in Stondon Massey, near Brentwood, Essex, England, Saturday Feb. 19, 2022. Crews cleared fallen trees and worked to restore power to about 400,000 people in Britain as Western Europe cleaned up Saturday after one of the most damaging storms in years. At least 12 people were killed, many by falling trees, in Ireland, Britain, Belgium, the Netherlands and Germany. Named Storm Eunice by the British and Irish weather services, and Storm Zeynep in Germany, Friday's storm was the second to hit the region in a week. (Nicholas.T.Ansell/PA via AP)