Ukraine's Zelenskyy Calls On Putin To Meet As Tensions Soar 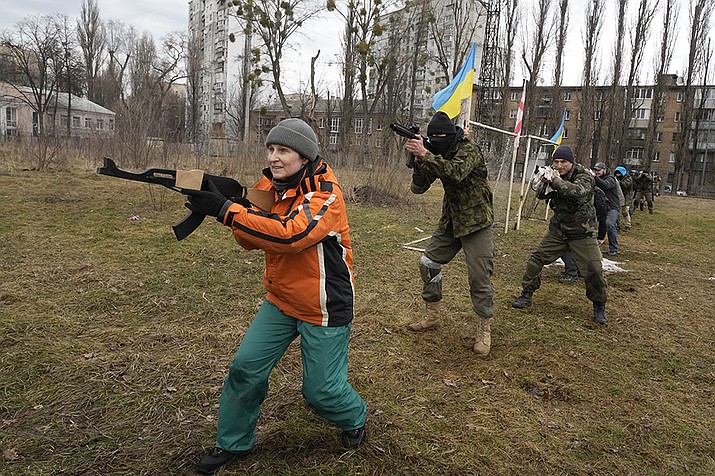 Civilians train with members of the Georgian Legion, a paramilitary unit formed mainly by ethnic Georgian volunteers to fight against Russian forces in Ukraine in 2014, in Kyiv, Ukraine, Saturday, Feb. 19, 2022. Separatist leaders in eastern Ukraine have ordered a full military mobilization amid growing fears in the West that Russia is planning to invade the neighboring country. The announcement on Saturday came amid a spike in violence along the line of contact between Ukrainian forces and the pro-Russia rebels in recent days. (Efrem Lukatsky/AP)