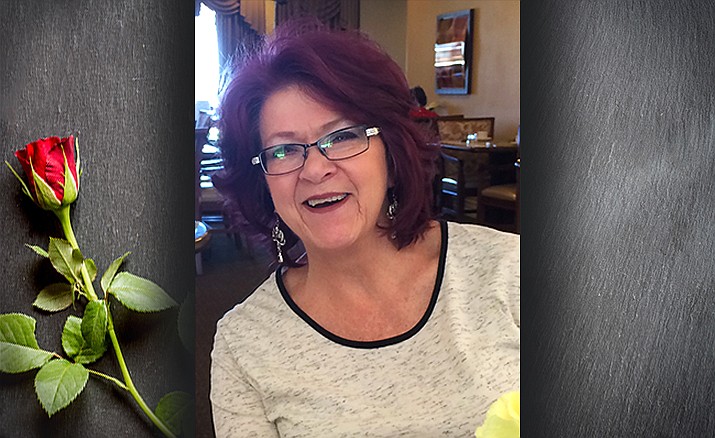 Rhonda Jean Groschel, 68, of Dewey, died peacefully in her home on January 30, with family by her side.

Rhonda was born in Phoenix, Arizona to Holger and Fay Nilson on April 18, 1953. She was raised in Gatzke, Minnesota. In 1971, she graduated from Middle River High school.

Rhonda married young. She spent 14 years being a farmer’s wife, raising three children; a son, whom she adopted, and two daughters. In 1985 she and her children moved to Prescott Valley, Arizona and was reunited with her parents.

Rhonda dove into her new life with several different jobs, sometimes working 2-3 at once. She was trying to find her place while creating a sense of security for her children. She eventually landed this waitressing gig at a small, family owned restaurant. It was there she would meet the love of her life. A waitress, getting swept off her feet by the cook. Not just any cook, his family owned the restaurant! March 15, 1987 she married Richard “Dick” Groschel and gained a step-son.

Rhonda eventually hung up her apron and turned to retail. She worked for Kmart as a Pharmacy Tech, then for JCPenney as a Sales Associate. She thrived in both of these positions. Rhonda was the definition of “customer service.” In 1999 she began working for the Humboldt Unified School District (HUSD), first as a bus aide, then driver, and finally in the position “Head of Student Conduct & Appeals”. Whether it was treating her students with respect and helping them feel like they were “somebody”, or laughing with her co-workers and making their day a little brighter.

In 2010 Rhonda decided to leave her job with HUSD. Her heart belonged to the Lord. In October 23, 2003 Rhonda was ordained. “They that wait upon the Lord”, she’d always say. So in 2010, she was ready. She was at the mercy of the Lord and His plan, not hers. She was a part of several different praise and worship teams, led many different home groups (both women’s and co-ed), attended out-reaches and revivals, taught on Angels and Prophecy, spent hours studying the Word and listening for better understanding, and finally became The Vineyard of Prescott Valley’s Women’s Ministry Leader.

Rhonda’s legacy will be her relationship with the Lord. Her heart’s desire was “to set people free from the past through emotional healing.” Though she may not have known the impact she made, or seen the outcome to every small gesture, she touched countless lives! She will be remembered for her compassionate heart, her wisdom and understanding, her beautiful voice and selfless worship, the love she had for her husband- he was everything she wanted; the love she had for her children, family and friends and her contagious laugh. Rhonda also taught others to see themselves with worth. “Don’t you know who your father is?!”, she would say. She dressed in royal fashion and had her bling, she was a princess. The daughter of the Most High.

We have peace and assurance that we will be reunited one day. Joy fills our hearts knowing she’s gone home. It’s only happy tears! Isaiah 40:31 “but those that wait upon the Lord shall renew their strength; they shall mount up with wings like eagles, they shall run and not be weary, they shall walk and not faint.”