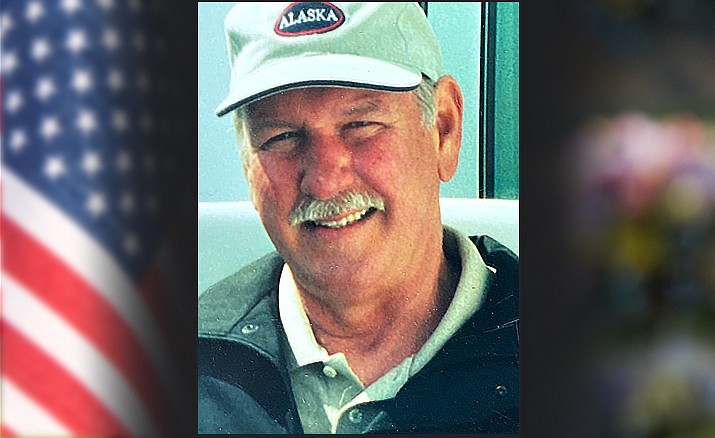 Ed was the third child of five, and eldest son, born to Helena Noonan Cooper and Edward Carl Cooper, Sr. who lived in Glens Falls, New York at the time of his birth in 1947.

He leaves his wife, Kathryn Cooper, his son John Cooper (Kathleen) of Port Orchard, Washington, and his daughter Leah Puschner of Buckeye, Arizona. Predeceased are his parents, his brother Robert Cooper, and the mother of his children, Marjorie Allen.

He is also survived by sisters, Anne Powers of Glens Falls, NY, Nancy Yablonski (Joseph) of Greenfield, Massachusetts, and brother Richard Cooper (Meg) of South Deerfield, Mass., bonus children Ben Erlick of Phoenix, Arizona and Sarah Yahna of Beaverton, Oregon, and seven beautiful grandchildren, each clever and bright in their own way. In addition to his circle of supportive friends, he leaves behind two furry critters who adored him.

Ed enlisted in the United States Air Force serving four years, including a tour in Vietnam. After his honorable discharge in 1970, Ed completed training in Boston, Mass., for certification in aircraft mechanics and maintenance. His career included employment with Mountain Bell, and positions with Honeywell and AT&T in project management, culminating in his position as Director of Telecommunications with Samaritan Health System in Arizona. He was admired by his crew for standing up for them, even when it could be costly.

On a personal note, some of Ed’s favorite pastimes included boating, camping, ice fishing with his buddies, and travel by train. Alaska, Canada, Rocky Point, Mexico and Lake Powell were highlights of Ed’s travel experiences over many decades.

As a low-key kind of guy, he loved nothing more than hosting intimate gatherings for his family and friends, seeing them comfortable and relaxed in his home or swimming pool, eating good food, and enjoying conversation punctuated by hearty laughter.

Ed was one of the classic men of few words, who was just naturally funny, without even trying. He amused his wife, family and close friends almost to the very end with his quiet observations about life and people. In the final months of his life, when asked how he was doing, he would say that he was living the dream.

The family extends their heartfelt appreciation for Romney Randa and other staff with Maggie’s Hospice for their compassionate care and professionalism.

If anyone is so inclined to remember Ed in a special way, please consider a contribution to a favorite charity of your choice.