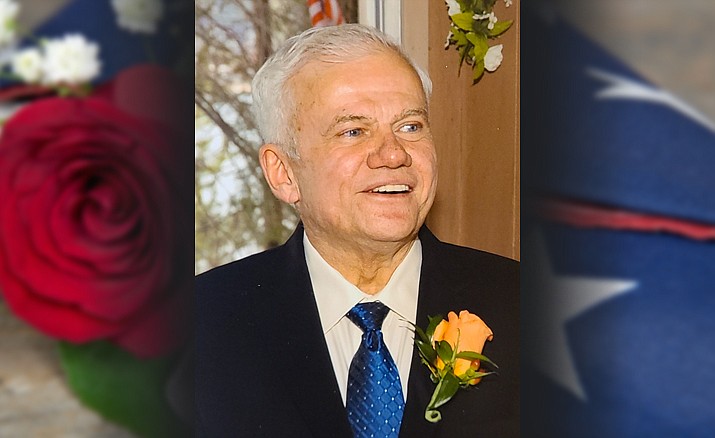 Doug passed away unexpectedly near his home in Apache Junction, Arizona on November 30, 2021.

Doug was born in Prescott, Arizona to Alice (Lindley) and Charles Jones on August 24, 1944. He attended Prescott High School (class of 1962).

He is survived by his fiancée Add Anderson, his daughter Cindy Anderson (with first wife, Linda), son-in-law Jason Anderson; grandchildren Liam Vinkovich and Emily Anderson; sister Charlene Strommen, and numerous cousins, nieces and nephews. He was preceded in death by his parents Alice and Charles Jones.

Doug served two stints in the US Navy during the Vietnam War, both times playing in the Navy band. He served on the USS Constellation. An accomplished musician, he played the accordion, tuba and stand-up bass (his favorite). He was passionate about jazz music.

Curiosity was a trait that Doug never out-grew. He wanted to learn about almost everything. His passions included art, music, books of all topics, wildlife, hiking, nature, travel, photography, woodworking, tinkering and cars--but this list seemed to grow all the time. Doug wanted to see and experience it all.

A great listener, Doug made everyone feel like the center of the universe. He wasn’t afraid of quiet lulls in conversation and these traits helped him to develop deep relationships with those around him. He knew the world was far from perfect, but his approach to problems (question it, laugh about it, shake your head and move on) provided a great example to the rest of us. Doug was persistent, independent, adventurous, intelligent, and thoughtful.

A Celebration of Life will be held Saturday, March 19, 2022 at 10:00 a.m. at Greenfield Park, Ramada 1, in Mesa, Arizona: 4105 E. Diamond Avenue, 85206. Please join his family and friends to honor and remember Doug, share stories and memories, and celebrate a life well-lived.