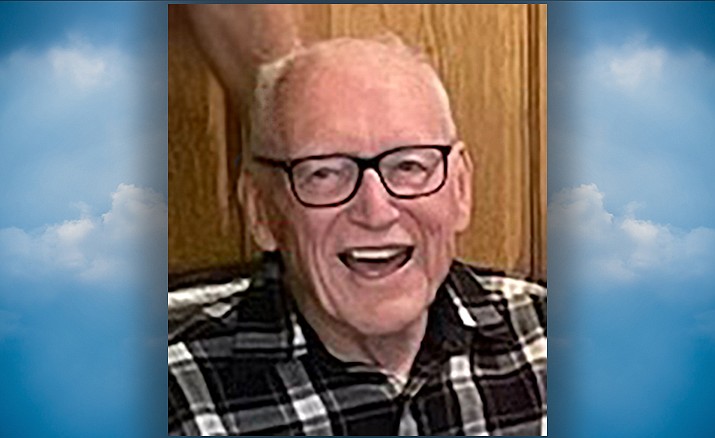 When David (Dave) Favier entered a room, his broad smile, laugh and warmth attracted people to him immediately. Born June 10, 1933, to Joseph and Georgetta Favier in New York City, he spent the next nine years growing up in Linden, New Jersey.

Moving with family to El Paso, Texas, in 1942, he graduated from Austin High School in 1951 and joined the National Guard. When training in Oklahoma, he met and married Sarah M. Hunck. They returned to El Paso where they raised three sons.

Dave let his people skills serve all those around when he lived in Texas, particularly in the Methodist Church as a choir member, trustee and church leader. He also led hundreds of Boy Scouts on adventurous camping-exploring trips throughout the Rocky Mountains of New Mexico and Colorado.

His first wife died in 1985. In 1986 Dave married a long-time family friend, Brenda Edeburn. He served in the National Guard for 34-years until retiring as a Command Sergeant Major. He retired in 1990 after a 35-year career with WSMR and they moved to Prescott, Arizona that same year. True to his outgoing nature, Dave immediately became involved in the Methodist Church and its choir, board, men’s club and other activities. He became an integral member of the Coalition for Compassion and Justice, Prescott People Who Care and similar community-oriented organizations where his giving spirit and compassion could have influence.

Until this past year, when Dave was diagnosed with terminal brain cancer, he and Brenda had traveled North America, all 50 states and every Canadian province. Internationally, they toured in the United Kingdom and western Europe, often with close friends they have known for decades.

Dave passed February 3, 2022 at age 88. He was preceded in death by his parents, and by his first wife Sarah.

He is survived by wife Brenda; brother Victor Favier; and sons William (Lois), James (Suzanne), and Andrew Favier; Brenda’s children, daughter Beverley (Rich) Hamilton, son Craig (Windy) Edeburn; and five grandchildren. Dave will be remembered as a beloved husband, father and grandfather and a cherished friend who most certainly was someone who put a smile on your face no matter the circumstances.

No services are planned at this time. In lieu of flowers, family suggests donations be made in David’s name to a charity of your choice. Please log on to www.ruffnerwakelin.com to sign David’s guestbook and share a memory with the family.