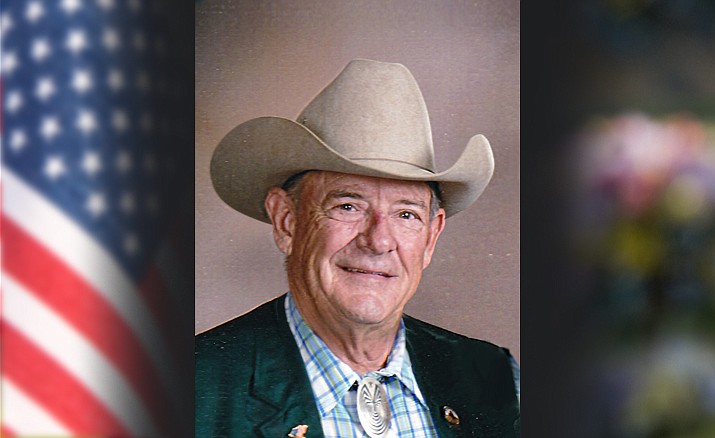 Campbell William Smith, 81, passed peacefully at home the morning of February 3, 2022, after a hard-fought 3.5 year battle against sinus cancer. He was born March 7, 1940, in Rockford, Illinois, the oldest child of Richard Henry Smith and Valkyrie Campbell Smith.

The family visited several western towns in the early 50’s, eventually selecting Prescott, Arizona as their new home. Smith attended local schools and graduated from Prescott High School in 1959. He was the proud recipient of Prescott High’s first “Most Valuable Football Player” award. He attended Colorado State University and Northern Arizona University, where he lettered in football.

After serving in the U.S. Army Reserves stationed at Ft. Ord, he returned home to join his father’s businesses, working at Yavapai Lumber Company, Yavapai Block and Precast and Concrete Service Company. He later purchased the Block and Precast companies.

Always active in the community, Smith was a member of Kiwanis (noon chapter), the Masonic Lodge, Westerners, the Phippen and Sharlot Hall Museums, The Western Heritage Center, YCCA, Arizona Masonry Guild and the Prescott JCs. Closest to his heart, however, was his 50-year involvement with Prescott Frontier Days Rodeo. He worked tirelessly with the JCs promoting the event and was instrumental in its incorporation as PFD, Inc., in 1979. He hired stock contractor Harry Vold in 1972 and served as president of the board for several years. He has been director, chairman or assistant chairman every year through 2021.

People remember Smith as generous, kind and respected. He cared fiercely about his family, his employees and the Prescott Rodeo. He had “strong opinions” but a heart of gold and helped shape the community he loved. He was a true legend and a great man who made a difference on so many levels. He will be missed.

In lieu of flowers, donations may be made to Prescott Frontier Days, Inc. The family would like to thank the wonderful folks at Maggie’s Hospice and Abrio Health Care for their loving concern for Cam during his final days. There will be a memorial service at 11:00 a.m. at American Lutheran Church, Friday, March 4, 2022, followed by a celebration and reception at 1:00 p.m. in the Mackin Building at the Prescott Rodeo Grounds.