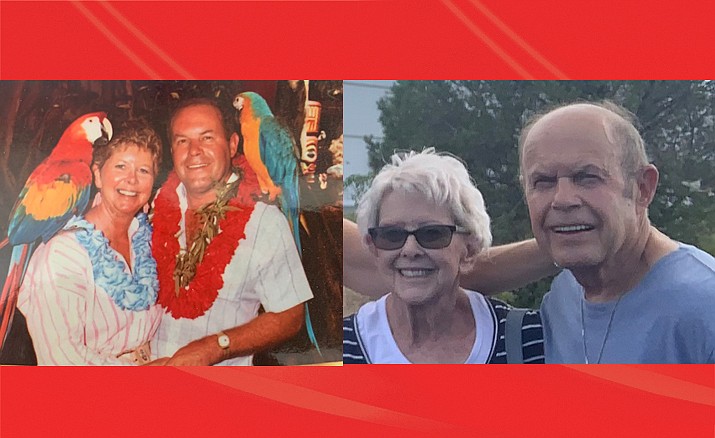 Doug and Diane Ronning were married on Oct. 3, 1966 in Marysville, WA. They graduated from Marysville High School. Doug retired as Fire Chief of Marysville Fire District and Diane from Marysville School District. They have 3 children, Todd, Dodee and Brenda, and four grandchildren, Christopher, Jordyne, Chandler & Keilah and Taylor. They have lived in Prescott Valley since 1996. The couple is shown then and now. (Courtesy photos)