Anniversary: Edward And Dorothy Kalabus To Celebrate 60 Years Of Marriage 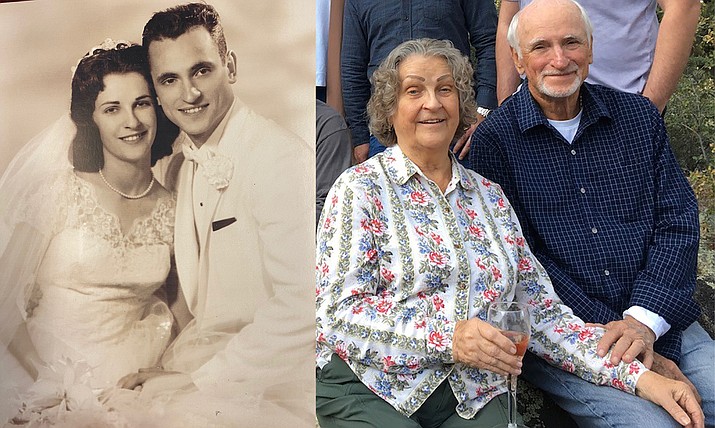 Dorothy and Edward Kalabus will celebrate their 60th wedding anniversary Oct. 28. The couple was married at Immaculate Conception Church in Irwin, Pennsylvania in 1961. They have been blessed with three children, Cassandra White, Michele Genovese (Anthony Genovese) and Bo Kalabus (Kory Jones); three grandchildren, Jack White (Sarah White), Susan White and Michael Genovese; and three great- grandchildren, Kassandra, Worth and Cadence White. Edward is still working as a flight instructor with Leighnor Aircraft, and Dorothy is a volunteer at YRMC, and has been for over 40 years. This couple has shown their family year after year what it takes to make love last. Anyone can fall in love, but not everyone can stay in love. The family wishes them a happy 60th wedding anniversary, and loves them very much. The couple is shown then and now. (Courtesy photos)