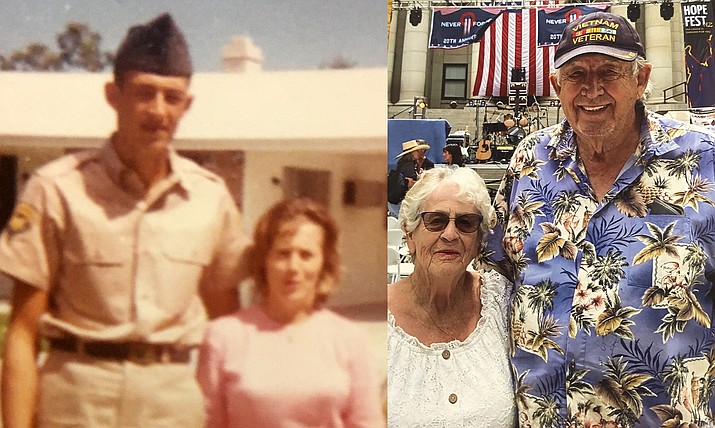 David and Elva Jenkins of Paulden celebrated their 60th wedding anniversary with a family gathering Saturday, Nov. 6. The couple was married in Robbinsville NC in 1961, and lived in Prescott for nearly 30 years, where David was a cable company plant manager and Elva was a Certified Nursing Assistant. David served in the military for 20 years, including 11 with the Prescott National Guard, from which he retired as a staff sergeant. He was an electronics technician in the military and is a Vietnam veteran. The couple have a son, Danny; son David passed away several years ago; two grandchildren and four great-grandchildren. (Courtesy photos)